Roll over image to zoom in

Snap Dragon's Armortex EXP Kayak Spray Skirt has been developed to withstand the toughest kayaking adventure with Kevlar reinforced neoprene that will keep you worry free on the water for years. The Armortex Skirt is the most abrasion resistant skirt in the Snap Dragon line and is ideal for paddlers who want the most integrity possible out of a spray deck. Snap Dragon has achieved this high performance by adding a layer of Kevlar to the neoprene deck, strengthening and tightening the skirt for unparalleled performance. When you are pushing your limits there is nothing more comforting than quality gear and the Armortex sprayskirt is just that. You will love it!

Thank you for submitting a review!

Your input is very much appreciated. Share it with your friends so they can enjoy it too!

It fits a large antix but its too damn cold for me to go kayaking in alaska right now. I have a snap dragon skirt that is over 10 years old still looks good.

Great spray skirt, its doing its job keeping me dry.

I see a few reviews on here saying that the IR skirts are superior or that the SnapDragons implode...I'm just going to come out and say that these SpraySkirts are awesome! I have paddled some massive rivers (Futalefeu, Rio Baker, Lohit, Stikine, NF Payette, etc, etc) using my SnapDragonDesigns Armortex EXP w/implosion bar, and have NEVER (knock on wood) had an implosion.. and I have taken some massive beatings...mostly because I ****. With that being said, I have mostly paddled Liquid Logic boats, which have reasonably well designed cockpit rims. This is where sprayskirt failure lives and dies. For example, a ton of the earlier Pyranha Burn paddlers were suffering the demise of sprayskirt blowout (no matter the manufacturer) because their cockpit shape was so ridiculously shaped. I.e. those cockpit rims were ******. Take it from me, the team at SnapDragon does a **** up job on their product and they are bosses when it comes to repairing gear cost effectively to avoid living in a throwaway society...or yeah... and to keeping us paddling hard and our wallets a little fuller. Also, they make a rubber rand if you call up your retailer and ask for it specifically. 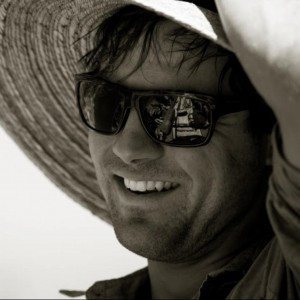 Be Ready for it All